From a biological point of view, immunity is the state of equilibrium of multicellular organisms, which respond adequately to infection or disease. Also, the immune system also requires increased tolerance so as to avoid allergic reactions or autoimmune disorders.

How does the immune system work?

The three functions of the immune system are as follows:

Now that we know what the immune system is, let’s see how we can boost it, making it work at maximum capacity at all times and help it fight against colds and flu.

The chaotic lifestyle that we have today, lack of rest, eating on the run and lacking nutrients, exposure to pollution all lead to the creation of shortcomings in our system every moment.

Smoke, air quality, sunlight and an unbalanced diet can contribute to a weakened immune system, especially by the appearance of free radicals in the equation. They break down the cells and leave them vulnerable to viruses and bacteria. Antioxidants, a certain type of chemical found in plants, help neutralize free radicals and protect cells and strengthen the immune system. A balanced diet based on healthy foods can improve your immune system, but this will not guarantee that you will not cure or even get flu, but it will definitely help you recover faster.

Remedies for colds and flu

Most of the time when we are cold we do not have an appetite and for this reason, it is necessary that at least we ensure hydration. Green tea or ginger tea is a very good choice if you have stomach problems, and electrolyte infusions can help you if you’re traveling to the toilet.

Natural fruit juices will give you the calories and nutrients that will help keep your dandruff determined by being unmanaged, but if you have a clogged nose, then choose some hot lemon drinks or a drink to add the apple cider vinegar.

Protein consumption is essential when you suffer from cold, but also when you are healthy as it strengthens your body. Try not to choose hard-to-digest meat, probably it would be difficult for your stomach to dig into beef, but you can try to feed on some eggs, turkey meat or chicken.

Effective foods against colds and flu

What are the foods you need to include in the diet for the prevention and treatment of colds and flu?

Studies have found that yogurt probiotics shorten the period of cold and flu by nearly 2 days.

Choose yogurts that contain bacteria such as Lactobacillus casei or Lactobacillus reuteri, these were correlated with improving the immune response. Greek yogurt is a great option because it contains 10 g of protein per 100 g of product. These bacteria act as a kind of soldier that aligns along the intestinal tract and protects it against pathogens.

Kefir is similar to yogurt but slightly different in terms of bacteria composition. Originating in the Middle East, kefir has a sour, fresh taste and is slightly effervescent due to the carbon dioxide produced during the fermentation process.

Unlike yogurt bacteria that are passers-by and travel through the system over time, kefir bacteria are able to create colonies in the intestinal tract. Kefir also contains ferments that fight against harmful factors in the body.

Garlic has antimicrobial and stimulant properties for the immune system, being even able to eliminate congestion. A British study found that those who consumed phytochemical allicin supplements found in garlic had a lower 46{1673a13ceef47737e768115163571586bf79403c5569b704f96f06a4f29eade9} chance of suffering from colds and recovered faster than those who did not consume the substance.

Does your stomach hurt? Do you have nausea and vomiting? Ginger is an easy-to-treat remedy to consume to alleviate these symptoms. I was also advised by gastroenterologists and aphitherapists, and some studies have even shown that it could help reduce inflammation.

Although ginger has a sweet flavor, it also has a certain amount of pimples because of the compound called gingerol, a substance related to capsaicin. When the ginger is dry, it contains less gingerol and more shoagol, an anti-inflammatory agent. Ginger is often recommended as a tea or bath for those who suffer from cold or flu, which is helpful in sweating, which could help us get rid of germs and eliminate toxins.

The mushrooms are often overlooked as supernatant foods, but they really have two important weapons you need in the cold and flu season: selenium, which can help white blood cells produce cytokines to relieve affections and beta-glucan, a type of antimicrobial fiber that helps activate “heroic” cells that find and destroy infections.

In a recent study, people with the lowest levels of vitamin D were 40{1673a13ceef47737e768115163571586bf79403c5569b704f96f06a4f29eade9} more likely to report a recent respiratory infection than those with elevated vitamin D levels. Increase your salmon consumption and omega 3 fatty acids that support the immune system and create a more resistant body structure.

A 150-gram portion of salmon contains approximately 360 units of vitamin D, some experts recommending even 800-1000 units. In terms of omega 3 consumption, one serving per week is sufficient.

Harvard University studies have found that drinking 2 cups of black tea a day has improved the body’s immune system four times in just two weeks, probably due to teanin.

Tea also contains catechins, including ECGC, which acts as a team to clean free radicals in the body, even having the ability to fight cancer without injuring healthy tissues. The general recommendation is to consume 1-2 cups of black, green or white tea daily.

Zinc is crucial for the immune system – gathering “troops” or white cells for the attack of bacteria and viruses such as colds and flu. Zinc also supports the production of testosterone, a hormone that is extremely important in terms of sexual appetite for both men and women.

Zinc works in more enzymatic reactions than any other mineral, making it indispensable for the immune system. Even a mild zinc deficiency can have adverse effects on the immune system, especially in children and the elderly. A zinc overdose may be toxic and may inhibit immune system functions.

The daily recommended zinc dose is 11 mg. An average oyster gives you almost the entire zinc dose you need during the day, while a serving of 6 oysters will give you 5 times more zinc than the required dose. Besides oysters, loose beef, organic chicken and seafood are great sources of zinc. Vegetarians and vegans will find harder sources of zinc but can do it by eating pumpkin seeds, beans, and fortified cereals.

These healthy heart foods also provide almond support for the immune system due to the vitamin E content, an antioxidant that will reduce your risk of coughing and developing respiratory infections.

You will need more than one serving of almonds to reach the recommended daily dose, so try to add sunflower seeds, turnips or wheat germ to your diet. As a principle, most walnuts are beneficial in the fight against cold, including due to protein content.

Foods rich in vitamin C are probably the first things you should think about when you feel cold, although experts still discuss the importance of vitamin C in the prevention and treatment of cold and flu symptoms. Certain studies have shown that vitamin C manages to reduce the severity and duration of these conditions.

Ideally, it would be to get your vitamin C dose from food rather than supplements and not exceed the recommended daily dose of 75 mg of vitamin C every day and take care to get it every day as the body can not store this vitamin.

Chicken soup Chicken has been called penicillin of nature and is found at the top of the list due to its healing powers. Hot chicken soup helps to release the airways and feeds your body with energy.

Chicken soup can also prevent sore throat as it helps to stop white cell movement that encourages the circulation of the mucus that accumulates in the lungs and nose.

Add many vegetables rich in vitamin C and not only, including onion and garlic for extra power in treatment. The idea is that chicken soup, whether it’s its temperature, the combination of vegetables and proteins, or its antioxidant properties, seems to be the food for those who suffer from colds or flu.

Aphrodisiac? Immune Stimulator? Both, in fact, due to the zinc content found in oysters. Low levels of zinc were often associated with male infertility. However, it is important to know that it can help strengthen the immune system, including wound healing.

Moisturizing and refreshing, watermelon is rich in antioxidants, glutathione. Glutathione is known for its strength in strengthening the immune system so that it can fight infections. 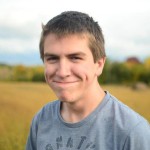